Please note: This event is is Free to all, however, if you are not registered for MNM2021 – Online please “purchase” a ticket if you plan to attend, so you can access the event. Thank you.

Back in the summer of 2002, a handful of writers gathered together (except one who participated remotely) in steaming-hot Muskoka to see how much and how well they could write in 72 hours.

Over the next 20 years, MNM grew into the 40-writer, luxuriously-housed, three-meals-a-day, five-figure-fundraising and bestseller-generating event we now know (except when we all have to participate remotely using tech only dreamed of in 2002).

Where does that story start, and what transpired in the early chapters?

Veteran MNMers Christina Kilbourne (first MNN: 2002), Cheryl Cooper (2002), Martha Batiz (2003) and rank beginner KM Wehrstein (2006) will talk about the beginning, recount ancient MNM tales and answer such questions as: Whose idea was it?  Is it true the second MNM was held in a pub?  Did someone still manage to win?  Was it ever run by just one person?  How did writers procrastinate when there was no Facebook?  What were the “Muskoka Literacy Council” and the “screaming monkey”?

We’ll go at least an hour and at some point switch to Q&A. Copious historical education and laughs are guaranteed.

Her writing has been translated into Slovenian, Ukrainian, Portuguese and Spanish. She is a member of The Writers Union of Canada.

Christina’s novels focus on issues of child welfare and social justice and aim to convey messages of tolerance and compassion. Her most recent novel, Safe Habour, was nominated for a 2021 Ontario Library Association Red Maple award and a 2020 Saskatchewan Snow Willow award.

Her next novel, The Limitless Sky, is an optimistic dystopian story due to be published by Dundurn Press in the spring of 2022.

Christina Kilbourne is also a two-time winner of the Muskoka Novel Marathon! 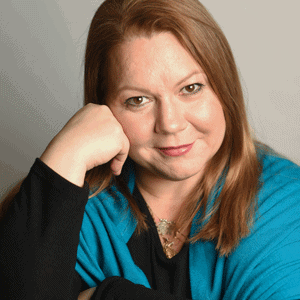 Martha Batiz – Mexican-Canadian writer Martha Bátiz is the author of the short-story collections A todos los voy a matar (I’m Going to Kill Them All), De tránsito (In Transit) and Plaza Requiem: Stories at the Edge of Ordinary Lives (Exile Editions, 2017).  The award-winning novella Boca de lobo has been translated into English (The Wolf’s Mouth in 2019 and Damiana’s Reprieve in 2018, Exile Editions) and French (La gueule du loup in 2018, Lugar Común Editorial), and will soon appear as an audiobook in Spanish (Audible).  It was written at the second Muskoka Novel Marathon (2003), the first of several MNMs she attended.  Martha has a PhD from the University of Toronto, has curated several anthologies, and works as a sessional instructor at three Canadian universities.  She’s also an American Translators’ Association-Certified translator, and was selected among the 10 Most Successful Mexicans in Canada and the Top 10 Most Influential Hispanic-Canadians. 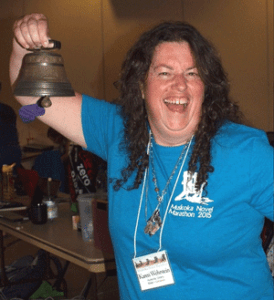 KM ringing the bell to start the Marathon!

KM Wehrstein  is a full-time writer who has trad-published three fantasy novels (with Baen Books in New York), plus several other short stories in horror and science fiction.  For four years she wrote a lengthier and richer online version of the story of Chevenga, first told in her published books.  She is also written innumerable journalism, lifestyle and cooking articles, and more recently scholarly and popularizing works in parapsychology.

KM wrote in her first Muskoka Novel Marathon in 2006, which was in the distant, misty pre-Flewwelling/Butcher era, making it possible for her to win Most Prolific.  She has not missed a marathon since, making 2021 her fifteenth.  KM began helping organize MNMs in 2010 and has never missed one in that respect either, most often working as convenor or co-convenor. 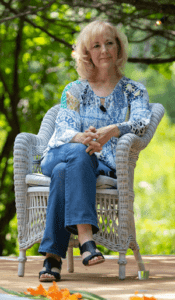 Cheryl Cooper is a commercially-published author and public speaker. Having signed up for the very first Muskoka Novel Marathon in 2002, and subsequently been astounded by how many pages she could write when the responsibilities of house and home were turned over to her husband, she has happily participated in 11 marathons to date! Her first novel, Come Looking for Me (Blue Butterfly Books, 2010), set on the high seas during the War of 1812, had its beginnings in the 2004 marathon. Her two sequels, Second Summer of War and Run Red with Blood were published by Dundurn Press respectively in 2014 and 2018. She is presently working on her fourth novel, Beyond the Pale Horizon. When not at her desk writing, she can be found on the road, speaking to clubs and classrooms about the naval aspects of the War of 1812, the conditions and hardships faced by the sailors that fought on men-of-war during the Age of Sail, and words and expressions in our everyday language that take their origins from life on the sea.